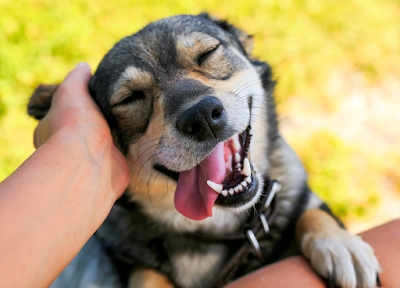 Not only are they all home, they take me for walks three or four times a day now! Today, the man put on my leash and mumbled something about getting out of the house before he committed hairy Carrie. I don't know who Carrie is, or why she needs to be committed, but I sure hope she gets better soon. I went to a hospital once, and let me te…
Post a Comment
Read more

Compared to that, my own problems seem trivial. I was supposed to be on my first-ever cruise right now, and being on lockdown sucks, but out there, a thousa…
6 comments
Read more

It had sounded like a great idea after three mojitos.

“Jason’s driving, right, Will?” said Ron the bartender, handing me a glass of water.

“This guy,” I told Ron, my arm around Jason, “did laps around the living room last night. Just to get to 10,000 steps before bed!”

“What? I like to stay in shape,” Jason said.

“Obviously,” said Ron, winking at me.

“He’s obsessed with his phone,” I carried on, buoyed by an alcoholic river of truth. “He’s on it twenty-four seven.”

“My gadget guy,” I said, planting a smooch on his stubbly cheek.

“Seriously, though,” I plowed on, “I bet you couldn’t go one day without that phone.”

“Good lord, why would you want to?” said Ron, wiping his hands on a towel. “Take a selfie with me, boys!” We all grinned at Ron’s phone.

“I could go a whole day,” insisted Jason.

“You’d shrivel up and die.”

“What about you? You’re always on your phone, too. Or your laptop. You wouldn’t last half a day.” 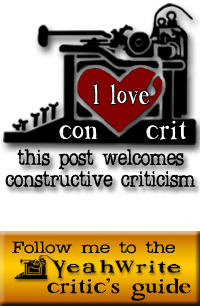 Written for the workshop Hindsight 2020. Assignment: reduce Version 1 to 100 words or less.

The clang of a shaken spray-paint can punctuated the dawn fog.

I ducked behind a shrub and peeked. The boy aimed the can at the bridge wingwall.

I was hiding again, I realized. Just like I’d hidden my ability all these years, from my family, from everyone.

I focused on the can. It sailed into the air. With a yelp, the boy sprinted away.

“Here’s my card.” The woman smiled. “We’ve been aware of your skills for some time. Join us.”

Union of Unusual Talents, it read.

Maybe it was time to come out of hiding.

“Down this hall, your punishment awaits.” Beelzebub grinned. “You will listen to Justin Bieber’s Greatest Hits for eternity.”

“Nooooo!” screamed Stacia, sprinting back toward the flaming river.

Written for the workshop Hindsight 2020. Assignment: write a story in 1,000 words or less. Original prompt was from YeahWrite #457, "The main character sees someone about to commit a minor crime. Do they use their superpower or not?"

I was seven the first time it happened.

The summer sun warmed my back as I lay in the grass behind my house, kicking my legs lazily, reading Wonder Woman comics and wishing I could talk to animals like she did.

The peeping sound came from across the yard. I walked over to see what it was. A tiny baby bird, so young it barely had feathers, flopped pathetically in the dirt. Looking up, I noticed a nest on a tree branch ten feet above.

I’d heard that if you touch a baby wild animal, then its mom won’t take care of it anymore. I sat there and I wished that the bird could return to its nest. In my mind, I pictured it rising off the ground and floating back up there.

I blinked. The baby bird was two inches off the ground. Its little shadow lay on th…
Post a Comment
Read more
More posts